Aluminium (in Commonwealth English) or aluminum (in American English) is a chemical element in the boron group with symbol Al and atomic number 13. It is a silvery-white, soft, nonmagnetic, ductile metal. Aluminium is the third most abundant element in the Earth's crust (after oxygen and silicon) and its most abundant metal. Aluminium makes up about 8% of the crust by mass, though it is less common in the mantle below. Aluminium metal is so chemically reactive that native specimens are rare and limited to extreme reducing environments. Instead, it is found combined in over 270 different minerals.[7] The chief ore of aluminium is bauxite.

The photos of our Cnc Aluminum Parts 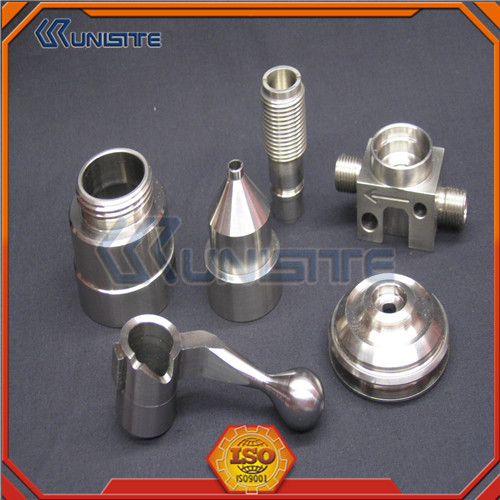 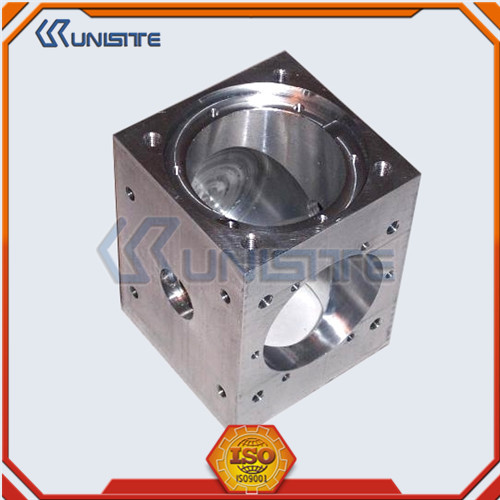 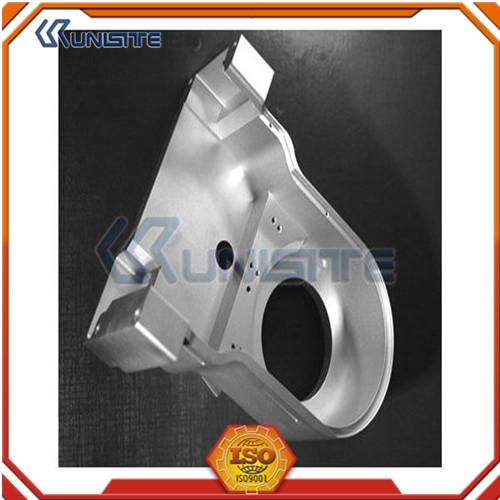 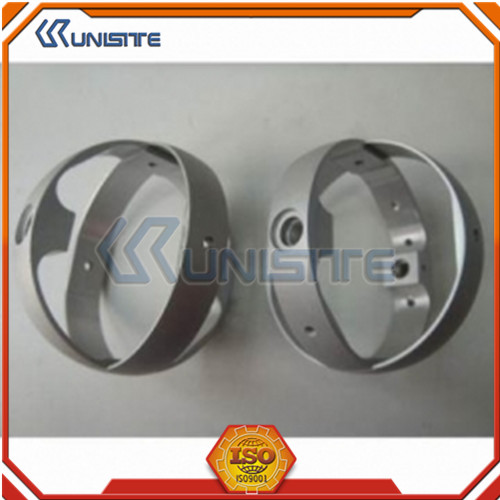 Aluminum property
Physical
Aluminium is a relatively soft, durable, lightweight, ductile, and malleable metal with appearance ranging from silvery to dull gray, depending on the surface roughness. It is nonmagnetic and does not easily ignite. A fresh film of aluminium serves as a good reflector (approximately 92%) of visible light and an excellent reflector (as much as 98%) of medium and far infrared radiation. The yield strength of pure aluminium is 7–11 MPa, while aluminium alloys have yield strengths ranging from 200 MPa to 600 MPa.Aluminium has about one-third the density and stiffness of steel. It is easily machined, cast, drawn and extruded.
Aluminium atoms are arranged in a face-centered cubic (fcc) structure. Aluminium has a stacking-fault energy of approximately 200 mJ/m2.
Aluminium is a good thermal and electrical conductor, having 59% the conductivity of copper, both thermal and electrical, while having only 30% of copper's density. Aluminium is capable of superconductivity, with a superconducting critical temperature of 1.2 kelvin and a critical magnetic field of about 100 gauss (10 milliteslas).

Chemical
Corrosion resistance can be excellent because a thin surface layer of aluminium oxide forms when the bare metal is exposed to air, effectively preventing further oxidation,in a process termed passivation. The strongest aluminium alloys are less corrosion resistant due to galvanic reactions with alloyed copper.[9] This corrosion resistance is greatly reduced by aqueous salts, particularly in the presence of dissimilar metals.
In highly acidic solutions, aluminium reacts with water to form hydrogen, and in highly alkaline ones to form aluminates- protective passivation under these conditions is negligible. Primarily because it is corroded by dissolved chlorides, such as common sodium chloride, household plumbing is never made from aluminium.